Posted by RLSchmidt on August 7, 2018 in Uncategorized 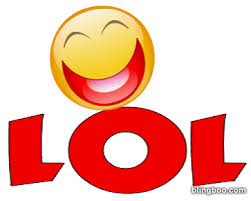 August 7, 2018.  The hate directed toward Trump is becoming laughable.  They seem to have forgotten the liberal Democrats of the past:  Bill and Monica…..Obama’s ‘you get to keep your doctor’ lies…….The Hillary lies and corruption that we have seen for decades.  (Or we can go way back to Jack Kennedy and Ted Kennedy)  What a joke.  Trump’s approval is still hanging around half the voting population:

WHFBL Whitehorse Finance is redeemed.  This is the second Core Portfolio position that has been called recently.  We are watching numerous investments for a possible buy.

We are currently running a 5% cash position in the Core Portfolio.  That’s right:  five percent.  No financial advisor would suggest holding such a SMALL amount of cash.  As we have tried to do in the past, we are attempting to reduce the number of positions and INCREASE the cash amount.

But the economy, and our positions, are doing well, making it hard to cut anything.

We typically hold 10% in cash, at minimum, and try to get even higher.  You never know when bad news will hit.

We bought MAIN back in April.  Here is a positive article on the holding.  This is a HOLD, too late to buy this as a new position.

So precisely what is the “Buffett Indicator”? Well, it is actually very simple to calculate. You just take the total market value of all stocks and divide it by the gross domestic product. When that ratio is more than 100 percent, stocks are generally considered to be overvalued, and when that ratio is under 100 percent stocks are generally considered to be undervalued. The following comes from MSN…
That being said, the Buffett Indicator, while it’s not a flawless indicator, does tend to peak during hot stock markets and bottom during weak markets. And as a general rule, if the indicator falls below 80%-90% or so, it has historically signaled that stocks are cheap. On the other hand, levels significantly higher than 100% can indicate stocks are expensive.
For context, the Buffett indicator peaked at about 145% right before the dot-com bubble burst and reached nearly 110% before the financial crisis.