Posted by RLSchmidt on March 6, 2018 in Uncategorized

We have added to positions in the last few weeks, but other than that, we are just waiting and watching:

specifically WPC.  This thing appears to be bottoming and we may be buying in the near future.  We already own their corporate bond but the stock pays 6.6%.  We like to buy stuff when it is on sale and WPC is now at the bottom of its’ long term range. 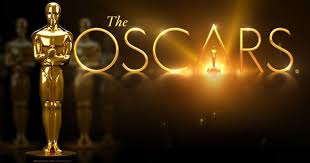 Welll…….the Oscar ratings are down about 18% and with the decline last year, they have lost about 23% of their audience in the last two years.  Not surprising considering that peeps are sick and tired of their liberal rants, not to mention the CRAPPY movies.

As retirees, we have seen many, many Oscar shows and Best Picture winners.  This year’s list has been the worst collection of flicks ever.

And the winner is:  The Shape of Water.  Really?  How can this load of crap win anything.  It is truly a sorry state of affairs.  Has Hollywood gone off the tracks?  Jumped the shark?

We remember the truly ‘golden years’ years of Hollywood which included truly great movies:  all of these won Best Picture:

Rocky, Godfather, Patton, Lawrence of Arabia, Ben Hur, Gone With The Wind, Gladiator (Our fave movie of all time, Goldfinger, is not on the list lol.)

Sadly, it appears the good years are gone.

………………….We suggest you buy a super large screen TV and get NETFLIX.

FUNNY STORY OF THE DAY

The equation is very simple – when individuals are stressed over finances they are less active sexually.
This was shown in a recent study by the National Bureau of Economic Research. Ahead of the past three US recessions, the number of conceptions began to fall at least six months before the economy started to contract. As the FT notes, while previous research has shown how birth rates track economic cycles, the scientific study is the first to show that fertility declines are a leading indicator of recessions.
Daniel Hungerman, economics professor at the University of Notre Dame and one of the report’s authors, said
“It is ‘striking’ that the drop in pregnancies was evident before the recession that came after the 2007 financial crisis, since it has traditionally been argued that this slump had been hard to predict.”
The analysis used data on the 109 million births in the US between 1989-2016 to examine how fertility rates changed through the last three economic cycles — in the early 1990’s, the early 2000’s, and the late 2000’s. A similar pattern emerged in all three cases.
In other words, less sex with the intent to procreate.

Go here for the full story: