Posted by RLSchmidt on January 9, 2017 in Uncategorized

(Update:  Do NOT buy SCQ.  We have cancelled the buy order.)

(Update:  We just barely squeeked thru a buy on UTF yesterday at $19.76—the price we had suggested.  The price dropped temporarily and the order was filled.  We mentioned SCQ last week.  We will continue holding the buy at $25.30.  It goes ex dividend at the end of the month and hopefully we will get filled.)

Cohen & Steers Infrastructure UTF is a closed-end fund and as such it uses leverage which makes it more risky than our standard selections.  But it is currently paying over 12% and we think a small position makes sense.  It invests in utilities, pipelines, toll roads, airports, railroads, marine ports and telecommunciations:  hence the title infrastructure fund.  Their primary investment objective is high current income:  the leverage helps them in paying the 12%.

As we said a SMALL position makes sense and we will buy more if we see significant appreciation:  We placed a Buy Limit order at $19.76.

From investyourself.com.  The bat-shit crazy liberals continue with their stupid Russian allegations.  Don’t they realize the US has been meddling in foreign affairs for decades.  Read this:

Political scientist Dov Levin a postdoctoral fellow at the Institute for Politics and Strategy at Carnegie-Mellon University, found that the U.S. attempted to influence the elections of foreign countries as many as 81 times between 1946 and 2000. Often covert in their execution, these efforts included everything from CIA operatives running successful presidential campaigns in the Philippines during the 1950s to leaking damaging information on Marxist Sandanistas in order to sway Nicaraguan voters in 1990. All told, the U.S. allegedly targeted the elections of 45 nations across the globe during this period, Levin’s research shows. In the case of some countries, such as Italy and Japan, the U.S. attempted to intervene in four or more separate elections.

The Idiot in Chief keeps telling us what a good job he has done:  but the facts do not support his BS.

(CNSNews.com) – Barack Obama’s presidency began with a record number of Americans not in the labor force, and it’s ending the same way.

The final jobs report of the Obama presidency, released Friday, shows that the number of Americans not in the labor force has increased by 14,573,000 (18.09 percent) since January 2009, when Obama took office, continuing a long-term trend that began well before Obama was sworn in. 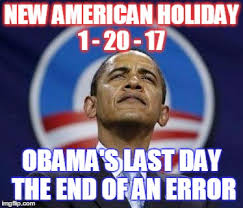 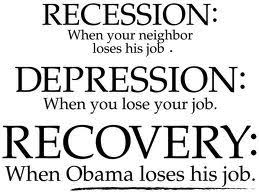