Posted by RLSchmidt on December 6, 2016 in Uncategorized

(WARNING:  Do not get caught up in the STOCK market suckers rally.  It is wildly inflated due to the OVER optimism of Trump.  Be sure and have sell stop orders to protect yourself in case stocks decline dramatically….note that most of our holdings are INDIVIDUAL corporate BONDS held to maturity with some other selected bond funds.)

Through luck or smarts, or maybe a combination of both, we are doing well.  We sold a list of bonds last month of which most dropped like a rock after we sold.  The new positions that we have added are doing well.  Today we are looking at another position.

DSL DoubleLine Income Solutions is a closed end fund which uses leverage, so by definition it is risky…but it pays almost 10%!!!  So no more than 2-3% of your portfolio makes sense.  There is an article that we have linked below that does a wonderful job of describing this position:  SO we are are not going into detail here.  Read it before you buy. 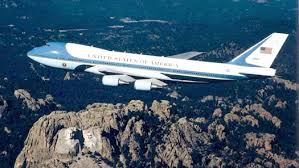 Trump wants to kill the new Air Force One.  Last year when we first heard that the government was building a new presidential plane for $3 Billion we were stunned and mad as hell.  Finally someone with business sense, namely TRUMP, is calling to cancel the damn thing.  Good for him…and the taxpayers.  (We love this pic of Mt Rushmore in our home state.)

Obammer don’t let the door hit ur ass when u finally leave:

But when Barack Obama was inaugurated, the national debt was only 10.6 trillion dollars.  That means that we have added about 9.3 trillion dollars to the debt since that time.

Widely reported unemployment metrics in the U.S. do not accurately represent the reality of joblessness in America.

For example, the U.S. Bureau of Labor Statistics (BLS) does not count a person who desires work as unemployed if he or she is not working and has stopped looking for work over the past four weeks. Similarly, the BLS does not count someone as unemployed if he or she is, for instance, an out-of-work engineer, construction worker or retail manager who performs a minimum of one hour of work a week and receives at least $20 in compensation.

Gallup recommends using two simple metrics to track unemployment in the U.S.: Gallup Good Jobs (GGJ) and what Gallup calls the “Real Unemployment” metric from the BLS — which combines those who are unemployed, underemployed and marginally attached to the workforce.

Gallup created the GGJ metric based on one of its most important discoveries since its founding in 1935: What the whole world wants is a good job.

Gallup defines a “good job” as working 30 or more hours per week for an employer that provides a regular paycheck. The GGJ metric measures the percentage of U.S. adults who have good jobs based on this definition.

Good jobs are essential to a thriving economy, a growing middle class, a booming entrepreneurial sector and, most importantly, human development.

Creating as many good jobs as possible should be the No. 1 priority for business and government leaders everywhere — and GGJ and BLS Real Unemployment are the right two metrics to track good jobs.