Posted by RLSchmidt on September 8, 2016 in Uncategorized

UPDATE:  As we write this, the stock market is down 230.  The Fed is once again yammering about raising rates.  There is virtually no chance of this happening before the election, as the Establishment wants Clinton to win.  And rising rates would kill her chances.  We anticipate Obama and the administration will put pressure on the Fed to hold off on any increases.

The Core Portfolio is dependent on low rates.  If the morons at the Fed insist on raising rates despite all the evidence of a poor economy, this may seriously affect the Core Portfolio.(we saw a significant decline on Friday, and this was just based on threats of rising rates)  We would have to consider selling all positions in the Portfolio.

For now we are waiting and watching. 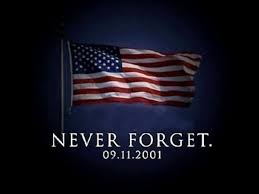 We have been watching TDA for weeks, trying to ADD to our position.  We already own a small amount.

If you do not own TDA bonds this is a good time to get in.

The bonds are potentially callable at $25.00 in December 2017 so you really cannot lose on this thing, unless they go bankrupt….and you earn dividends in the meantime.

To informed analysts, the Clinton Foundation appears to be a rogue charity that has neither been organized nor operated lawfully from inception in October 1997 to date–as you will grow to realize, it is a case study in international charity fraud, of mammoth proportions.

Prime delinquencies were up 12 percent on a month-over-month basis and were up 21 percent compared to the same month last year.

We have a huge crisis on our hands, and major auto lenders are setting aside massive amounts of cash in order to try to cover these losses.  The following comes from USA Today…

General Motors reported in a similar filing that it set aside $864 million for credit losses in that same period of 2016, up 14% from a year earlier.

CLICK HERE FOR Dividend Income Investor Core Portfolio SHOWING current holdings===WARNING:  MOST OF OUR POSITIONS ARE INTEREST RATE SENSITIVE.  IF RATES GO UP QUICKLY WE WILL WANT TO START SELLING.