Posted by RLSchmidt on June 2, 2016 in BONDS, Uncategorized 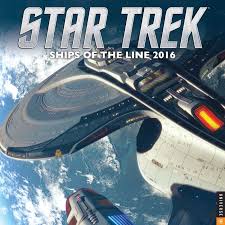 Go to the link to read the Esquire story on Trumps Wall and why legal Mexicans want him to build it:

Another book we look forward to reading:

Crisis of Character: A White House Secret Service Officer Discloses His Firsthand Experience with Hillary, Bill, and How They Operate Hardcover – June 28, 2016

In May 1961, President John F. Kennedy announced that we would put men on the moon.

In May 2016, Barack Obama announced that we would put men in women’s restrooms.

Horizon Senior Notes just went ex-dividend and we are interested in buying the Senior Notes that are traded on the stock exchange.  HTF is NOT a stock but instead a note that is traded on the NY Stock Exchange.  The current yield is over 7%.  Scroll down to see a description of the Company.

HTF closed at $25.39 on Wednesday and we would try to buy close to this price.  Do NOT overpay.

With Horizon’s industry knowledge and proven reliability as a capital source, combined with its long-standing relationships in the venture capital community, the Horizon team shares the optimism of its portfolio companies and their commitment to overcome any obstacles to success.

From edwardklein.com on Bill:  (Look for Ed Kleins new book Guilty as Sin in August, about…guess who)

“I feel like the dog chasing the car that doesn’t really want to catch it,” he says. “I don’t need the scrutiny of being in the White House. I love my life the way it is. I don’t want reporters up my nose all the time. I couldn’t be chasing skirts in the White House. They can’t impeach me again, but it would be very bad for Hillary. Believe me, if Hillary wins, I’m going to stay as far away from the White House as possible.”

As a reminder we suggest positions for semi-retired and retired folks looking for income.  Right now we are in super-conservative mode.  We would much rather conserve the money and NOT take risk in stocks….which we feel are vulnerable right now to a decline:  we could be wrong but we really don’t care.

GO TO Core Portfolio for current holdings:  All positions were purchased at specific prices and are on HOLD and should not be purchased now unless otherwise indicated.