What ‘Bill’ is thinking—see below.

Posted by RLSchmidt on May 26, 2016 in Uncategorized 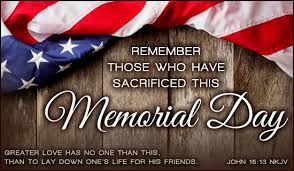 edwardklein.com on Bill:  (Look for Ed Kleins new book Guilty as Sin in August, about…guess who)

“I feel like the dog chasing the car that doesn’t really want to catch it,” he says. “I don’t need the scrutiny of being in the White House. I love my life the way it is. I don’t want reporters up my nose all the time. I couldn’t be chasing skirts in the White House. They can’t impeach me again, but it would be very bad for Hillary. Believe me, if Hillary wins, I’m going to stay as far away from the White House as possible.”

You have to wonder what the hell Democratic voters are thinking:

The latest Rasmussen Reports national telephone and online survey finds that 43% of Likely U.S. Voters think Clinton should immediately stop campaigning if she is charged with a felony in connection with her use of a private e-mail server while secretary of State. Fifty percent (50%), however, think she should continue running until a court determines her guilt or innocence. (To see survey question wording, click here.)

Voters were evenly divided on this question in January, but at that time we didn’t include the name of any candidate.

Among Democratic voters, 71% believe Clinton should keep running, a view shared by only 30% of Republicans and 46% of voters not affiliated with either major party.

One note though. The markets have not made a new high within the past year. What does history suggest happens next? 77% of the time it has evolved into a bear market.

We are buying baby bonds from Telephone and Data Systems.  We owned this bond a few years back and sold it………..and it has gone up ever since!!  So, in retrospect, selling TDA was a stupid mistake.

But we have an opportunity.  TDA just went ex-dividend Thursday and the price has come back to a level that we want to buy.  It closed at $24.73 and pays almost 6%.  This is a pretty good yield.

The symbol for the bonds is TDA.

We now have 61 positions in the Core Portfolio.  Normally this would about twice too many but the majority are low maintenance corporate bonds.  So we remain at this level with the intention to sell two positions shortly.

GO TO Core Portfolio for current holdings:  All positions were purchased at specific prices and are on HOLD and should not be purchased now unless otherwise indicated.