Posted by RLSchmidt on August 31, 2015 in Uncategorized

Well kids, the good news.  We are finally over that stupid Fed meeting announcement.

The bad news.  The stock market has dumped since the moronic Fed spoke, and the highest probability is down FURTHER……………as we have been telling you for months.  We should NOT be buying any stocks right now.  About a month back the bubble burst and we saw the huge market declines.  And we have the ‘death cross’ on many averages.  There is nothing right now that will drive the markets higher.

If you buy stocks long, you will most likely get hurt.  In fact you should be looking at going SHORT using SH or SDS.

Unfortunately the retired folks are the people getting hit hardest by the low interest rates.  They depend on dividend income.  Guess who is getting rich:  the top 10% of the wealthiest who are making out like bandits.

As far as the Core Portfolio we have purchased more Corporate Bonds and hold all other positions.  We DO continue holding the energy positions which we feel are in a LONG term uptrend.

TWIDDLING OUR THUMBS UNTIL FED BURPS ON THURSDAY

Free Stuff:  Two free issues of FORBES NO credit card required.  It is apparent they are building a database for renting so expect a lot of spam phone calls!  Forbes is a great financial magazine.

The former director of Norway’s Nobel Institute revealed this week that he regrets the committee’s decision to give the 2009 Nobel Peace award to President Obama.

Geil Lundestad, director at the institute for 25 years, said in his just-published memoir that he and the committee had unanimously decided to grant the award to Mr. Obama just after his election in 2009 more in hopes of aiding the American president to achieve his goals on nuclear disarmament, rather than in recognition of what Mr. Obama had already accomplished.

The typical American household, six years after the Great Recession, is still worse off, according to a report released Wednesday.

The Census Bureau reported that median household income was $53,657 in 2014. That’s less than the 2013 median of $54,462, but not statistically different. What is of significance is that, when adjusted for inflation, the median household generated 6.5% less than they did in 2007, the year before the recession.

The declining living standards of the average American goes some way to explain why outsiders like Donald Trump and Ben Carson on the right, and Sen. Bernie Sanders on the left, are shooting up the polls for the presidential nomination.

Update:  Here is another Individual Corporate Bond that you may find interesting.  This is Phillip Morris investment grade due in November 2021 and paying 2.81%.  Each bond is $1000.

We will be shocked if anything dramatic happens in the stock market until the Fed speaks altho they may try to artificially drive stocks higher.  It is such a disgrace that the entire market turns on what those morons are doing.  What a mess.  NO MATTER what they do we still feel that the stock market is in a downward trend long term.

We are primarily in bond type investments and plan on holding what we have in the Core Portfolio.  Unless we see some dramatic news, we will sit tight….at least until Thursday.  You could start early on your Christmas shopping!!!

We follow three very smart financial gurus for investing insight.  (Go to About-Links) Two are complete bears, and one is a bull.  Strange.  Nobody knows the future.

Look at the usage of food stamps. During periods of economic growth, you would expect fewer Americans getting government assistance to put food on the table. But on this recovery, things have only gotten worse. Between 2008 and 2014, food stamp usage in the U.S. economy increased by almost 65%! (Source: U.S. Department of Agriculture, last accessed June 25, 2015.)

Putting this in perspective; the number of Americans using food stamps in 2014 (46.53 million) was equal to the entire population of Spain!

INVESTING IN THE HEALTHCARE ARENA

Washington (CNN)Donald Trump has become the first Republican presidential candidate to top 30% support in the race for the Republican nomination, according to a new CNN/ORC Poll, which finds the businessman pulling well away from the rest of the GOP field.

Trump gained 8 points since August to land at 32% support, and has nearly tripled his support since just after he launched his campaign in June.

We are becoming very conservative due to the very high risk in the markets.  We feel the stock market will continue downward.  (If the Fed raises rates we should see a short term upward movement, but long term the trend is down.)  So we want only positions where we are fairly certain that we can earn safe yield.  Corporates are a reasonable option.  (You can also look at Treasuries or CD’s)

FUNDS YOU NORMALLY ALLOCATE TO STOCKS SHOULD BE IN CASH…………..

We are venturing into the individual Corporate Bond world again.  Ventas is offering a bond paying 3.7% and maturing in August 2022.  You need the CUSIP to buy:  92276MAZ8.  The bond prices WILL fluctuate during the years especially if the rates go up.  Corporates act in a similar fashion to US Treasuries.  If you hold them to maturity you get your money back in addition to the yield that you received.

Corporates ARE not guaranteed by the US Government so you get HIGHER rates due to the increased risk.  For example the Company would go in bankruptcy or otherwise experience other problems.  So you need to buy only quality Corporates.  We do NOT recommend corporate bond mutual funds or ETFs….we get into Individual bonds.  In our entire experience, we have had only one bond go belly up, and that was our fault in buying a crappy bond.

While watching the radical ultra liberal CBS news the other day, we almost threw up when they talked about the wonderful 5.1% unemployment numbers.  Do the average working peasants really believe this bullshit?  This corrupt administration continues to lie, lie, lie.  What a disgrace….see below for analysis from the interweb:

Do we actually have anything close to “full employment” in this country?

The truth is that the only way they have been able to get the official “unemployment rate” to steadily go down over the past few years is to eliminate hundreds of thousands of Americans that are chronically unemployed from the official labor force numbers every month.

According to John Williams of shadowstats.com, if honest numbers were being used we would actually have an unemployment rate of 22.9 percent in this country.

September 3, 2015.  Update Saturday.  All eyes are on the upcoming Fed meeting.  Opinions are all over the place as to whether they will rates.  If they do NOT raise rates the stock market will probably go UP.  If they do raise rates, the market will probably decline.  The safest approach right now is to be out of stocks. We are holding the bonds, debt, energy and floating rate bonds found in the Core Portfolio altho we are still considering selling some positions.  The smart people that we follow feel that we are entering into a bear market (in stocks)  Short term high quality Corporate bonds are an alternative but provide very low yields. 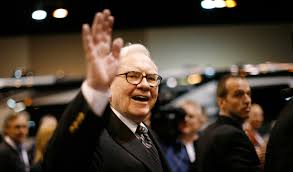 Everyone knows “aw shucks” world famous Warren Buffett from Omaha based Berkshire, so I won’t go into a description.  Today we suggest you look at their Corporate Bonds with an effective yield of 2.91%.  This is a smaller yield than we would normally like but it fits into our conservative approach.  And the bonds are safe, in our opinion.  We rather doubt Berkshire is going to have cash problems.  We understand they have $60 Billion in cash………yikes!!  You should plan on holding these to maturity:  the value will fluctuate especially if the Fed raises rates.

“Conservative activists believe the Republican Party has abandoned its principles. Moderates feel their leadership is ineffective,” Murray said. “So Republican voters have created their own job description for the next nominee — Wanted: Someone who can shake up Washington; No elected officials need apply.”

You may have heard or read about the so called ‘death cross’.  Here is a great article explaining exactly what it means:

Info on oil from seekingalpha.com:

However, the big reason for this reversal higher is simply short covering. Hedge funds, which had placed record bearish bets on crude oil, have been exiting their positions since mid August. Momentum traders, which likely got burned when oil dipped below $40 per bbl, are now taking bets on the other side. There is a growing view that oil prices will rally enough to test their 200-day moving average of ~$53 per bbl. In other words, the trend has turned bullish for crude oil, at least for now.

but as Will Rogers once said during the Great Depression – “I’m not so much concerned about the return on my money as the return of my money.”

September 1, 2015.  On August 25, we anticipated that the market would retest the lows–of last Monday.  And thats exactly what happened today.

The markets are scary–even the bond funds are getting hit, and today oil tanked again.

This is bad folks………if you are still in stocks, you should get out on days when you get higher prices and preserve your money.  We may be selling more positions in the Core Portfolio.

We ARE watching select stocks for a TRADE but foresee NO situation where we would buy as investments.

Do not just sit there and HOPE that things get better.  We feel they will NOT.

The market turmoil continued Tuesday as weak data out of China pushed all major U.S. indices down more than 2 percent. The S&P 500, Dow Jones industrial average and Nasdaq composite have now fallen a respective 6.5, 9.5 and 1 percent year to date, and according to one renown technician, the move may have signaled the end of one of the longest-running bull markets in history.

Looking at a chart of the S&P 500, Louise Yamada noted that momentum has been declining for four months, which by her work, is a “classic” sell signal.

“This is suggesting to me that we are looking at a bear market,” said Yamada said Tuesday on CNBC’s “Futures Now.” Yamada noted that the last two times the market saw a similar shift in momentum were in January 2008 and June 2000.

August 31, 2015  For over a month we have been updating the HOME page on this blog…….in contrast to creating and formatting new posts which are automatically sent out by WordPress, the host.

Updating requires much less time and this is due to new time constraints on our end.  But on the positive side, we are updating practically daily.

SO what does this mean to you.  If you on the ‘follow’ list and are interested in reading our comments, you will need to place our URL on your ‘favorites’ list and check in at your convenience.

We have been buying some shorter term higher quality Corporate Bonds recently.  Due to the correction in the last week, and with an anticipated decline in the stock market, our focus going forward will be CONSERVATIVE investments, which probably mean lower yield.  We shall see.

Here is a good article discussing the potential dangers in stocks: