DOLLAR UP. ENERGY DOWN.

Update Friday:  But our corrupt lying government says everything is great lolol:

WASHINGTON (MarketWatch) — The economy contracted in the first quarter for the second straight year, a disappointing start that could foil the chance of the U.S. reaching 3% growth in 2015 for the first time in a decade.

Gross domestic product — the value of everything a nation produces — shrank by 0.7% annual rate from January to March, the Commerce Department said Friday. Last month the government originally had reported a tepid 0.2% increase in GDP.

(Update)  We are long term investors and plan on holding positions for 5-10 years.  We do not allow daily movements to affect buying or selling decisions.

But right now, we are probably looking at a significant correction…and may take a month to resolve.

Significant declines are typically buying opportunities.  We suggest holding all positions that are listed in the Core Portfolio and buying the gas and toll taker positions as they head lower.  We are also looking at PG and T for long term buys.

The US Dollar is heading up which is driving down the price of our gas/toll taker holdings. There are stories floating around that the US is trying to hurt ISIS and Russia with low oil prices.  We have no idea if this is true, altho it sounds believable.  The dollar is probably going to go higher, and then start trending down.  The point is to hold onto the gas/pipeline positions listed in the Core Portfolio and collect the dividends……even tho the dollar will trend up and down affecting energy prices. 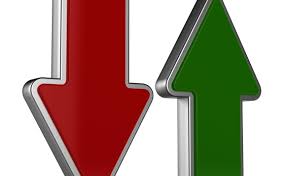 IF you do not own infrastructure/toll takers now, this is the time to buy or add to current holdings. Some suggestions include MLPL and PAA.  PAA is a bargain UNDER $46.00 and it may get down there again from the current price of $47.39.  Go here to see the Core Portfolio.  Both are suitable for the IRA.

Other than the energy patch, we are evaluating a lot of positions that we want to buy.  But this market suxx and it appears a pullback may be in the works……which would give us an opportunity to buy at lower prices.  We “always want to buy when stuff is on sale”.

Proctor and Gamble is a huge whale of a Company that everyone in the world knows.  PG is now involved in a major overhaul which includes selling low margin brands.  We may open up a new Core Portfolio category called “Vegas Whales” and buy a little PG.  Pays 3.5%….not huge but you could see price appreciation.  Another huge potential ‘whale’ is ATT (T) paying a nice 5.3%. (http://casinowhale.net/)

We are not buying the above two positions right now while we wait for potentially lower prices and the best signals from our charts.

Carly is getting good press.  I predict she will be the Republican Nominee:

CARLY FIORINA, the former CEO of Hewlett Packard who has an 0-1 record running for elective office, is running for President of the United States as a non-politician.
“Our founders never intended for us to have a professional political class,” she said in her campaign announcement video. In interviews and speeches, she criticizes “professional politicians,” as she did during her Politics & Eggs speech in Bedford in February.
But “professional politician” rivals who underestimate this newbie do so at their own peril. She is extremely good at the presidential candidate thing.
In a sit-down interview on Tuesday, Fiorina was impressive even by the standards of Union Leader editorial interviews. Most candidates, seasoned or not, struggle to stay on message. The temptation to stray, to elaborate, to explain is too great. To overcome the impulse, they memorize talking points, after which they sound robotic… then they stray. – See more at: http://www.unionleader.com/article/20150528/LOCALVOICES03/150529233#sthash.UcLhdyGF.dpuf

Do you like this blog….please take our ten second POLL..CLICK HERE

If you find our stuff useful, please hit the LIKE button below!

Do not buy any positions mentioned here until you view Current Positions.

← Previous Post
EXG BUY OR ADD TO YOUR CURRENT POSITIONS →