May 18, 2015 The momentum on CLA, a holding in the Core Portfolio, is DOWN.  Financial results are weak.  We are placing a Sell Limit Order at $25.43.  We have a profit and want to get out IF CLA continues to drop. 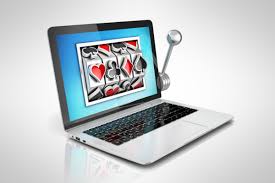 We are finally showing a profit on AMYGF our gambling holding in the Core Portfolio.  This dog has done nothing since we bought it, except go down and then up.  There was some legal issue, and now the idiots in Congress are trying to ban online gambling.  So today there is no action in AMYGF.  We are watching and will sell at $27.00 or above.

I expected a nice gain here, but it just ain’t happening.  There are too many headwinds.  Get out sooner rather than later.

GGN is our gold position in the Core Portfolio.  HOLD GGN as gold is going higher this Fall.  Buy if you do not own.  Pays a high dividend.

BKLN and PFLT  Floating rate positions.  BUY or ADD to current positions. Try to get BKLN at $24.08.

HDLV is paying 8% and you should own.  It owns quality dividend paying stocks. The index is designed to measure the performance of 40 dividend yielding, relatively lower volatility Index Constituent Securities from the universe of the largest 1,000 U.S. listed stocks by market capitalization.

We are AVOIDING REITS, utilities and annuities.

Regular readers know that we are appalled and shocked at the fake and manipulated jobs numbers that are spit out by the Government.  They are pulling rabbits out of the hat to make this economy look great.  I strongly suggest you read the following from http://www.personalliberty.com Second, while the headline screamed about 223,000 new jobs created, it never mentioned that last month’s jobs figure was revised downward by more than 30 percent. Yes, I said 30 percent from 126,000 new jobs to 85,000. If the media were doing their job, they’d ask why anyone should believe this month’s figure. Why should we not assume a 30 percent downward revision next month? If so, 220,000 jobs would be revised down to only 160,000 — a disaster that you can count on being reported on page 96 in the back of the newspaper (where no one ever reads). The third lie is the mother of all fraud. How did the government arrive at that figure of 223,000 new jobs created? It was composed of 252,000 full-time jobs lost and 437,000 part-time jobs gained. Did you know that? Of course not. Because the media never reported it. Tell me what’s good news about 252,000 full-time jobs being eliminated, while they are replaced by 440,000 horrible low-wage, part-time jobs (the kind that cannot feed a traditional family without food stamps)? By the way, those 252,000 full-time jobs lost were the biggest drop in full-time jobs in a year. How is this reported as “good news?” How is this reported as proof of a “recovery?” Why aren’t the media reporting we have an economic disaster on our hands? Why isn’t it the story of the year that the prospects of getting a full-time job have declined dramatically from one year ago? Also, why is there no investigation by the mainstream media about why we are so quickly transforming into a low-wage, part-time economy? Isn’t that the perfect cover for Time magazine? But I haven’t seen it, have you? Why? Because the media is afraid of the obvious answer: Obamacare. I’ve seen no headlines reporting on the results of Federal Reserve Bank surveys in Philadelphia, New York and Atlanta all finding that in response to Obamacare, few — if any — full-time jobs are being created, part-time jobs are the norm, and higher costs for health insurance are being passed on to employees.

Funny Quote:  The stock market in general has often been described as the world’s largest unregulated casino.

Do you like this blog….please take our ten second POLL..CLICK HERE

GO here for helpful Links. If you find our stuff useful, please hit the LIKE button below!

Do not buy any positions mentioned here until you view Current Positions.